This trip was designed as a short weekend break to hopefully view the raptor migration that takes place from Africa to each year in Spring. However a westerly wind is required (otherwise they cross over to Tarifa in ) and good visibility for the migrants to leave Africa and find their way from , crossing the straits and arrive in .

This was arranged through www.rentalcars.com However although I booked the car from , when we arrived there was no Niza Car office at the airport. After making enquiries we had to cross the border into to the town of de la , walking our entire luggage with us. We were not supplied with a map and took a while to locate the office. We were then given instructions to an underground car park some distance away and left to our own devices. A damaged car awaited us. Unknown to us later, we were also to discover a very flat tyre! More hassle ensued as we had to queue over an hour to get back across the border into . We lost some of our morning’s birding just hiring the car!

We stayed in the Queen’s Hotel booked through www.booking.com which although a little dated was clean and comfortable and cost £70 a night for the two of us, including a cooked breakfast. It was located at one end of the town and we could park outside it.

We used English pounds throughout. Gibraltar has its own coinage/notes which is interchangeable with our money but be aware to get rid of this before you leave.

We had mild mixed weather.

The Rock dominates which is steep sided. The town is built on the western side forming narrow streets with just about all available land built upon. The lower parts of The Rock on the western side has bushes/trees and a botanical garden offers some birding opportunities. The coastal fringe also offers birding in some places with beaches, rocky shoreline and some sparse scrub.

Paul and I spent the night in the Premier Inn at which had a good deal for 1 night’s stay and 4 days parking. Our 7.10am flight left on time and we landed at at 11am local time. Hassle then ensued as we could not find the car rental office. It transpired that this was across the border in Spain and we had take all our luggage through customs/passport control and walk it across to the Spanish town of La Linea de la Concepcion, where we eventually found the office of Niza cars. In a dark and dingy underground car park we found our damaged car with an almost flat tyre. After an hours queue back across the border we located our hotel, dropped off our luggage and drove to Europa Point where raptor migration was in full swing. 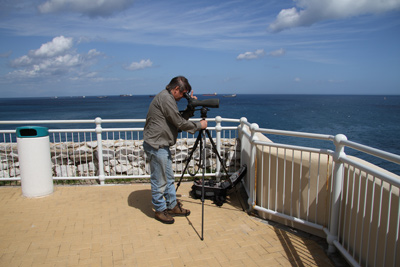 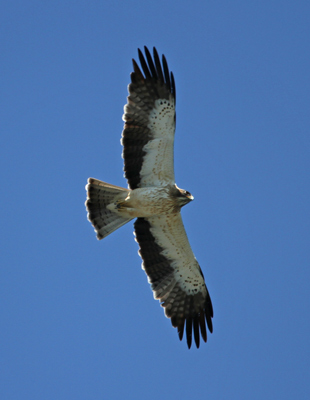 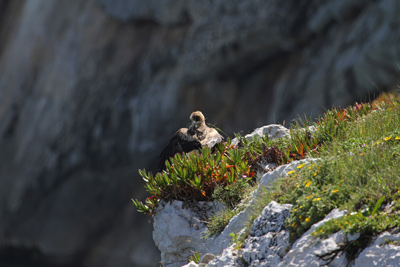 Booted Eagles were flying across the Straits of Gibraltar from North Africa and heading straight for us in . Many were seemingly tired as they battled against the strong westerly winds and crash-landed into the rock face of the cliff. We watched many Sparrowhawks crossing with them. Some were unfortunately being mobbed by the local Yellow-legged Gulls and made to take evasive action.

Soon we saw a Short-toed Eagle as well as several Black Kites. A Marsh Harrier, Peregrine and Common Kestrel were added to the raptor list. After a couple of hours we sought to get out of the wind and moved into the lee of the cliff and watched as small parties of Barn Swallow moved through. They were accompanied by Red-rumped Swallow and some small un-identified passerines. Over the sea Gannets were passing and a Shag stood on the rocks. 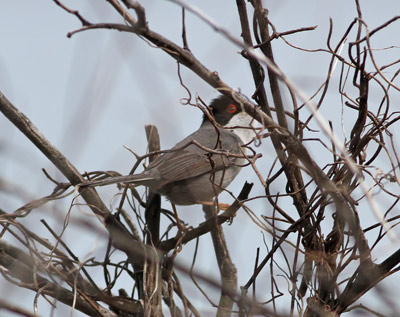 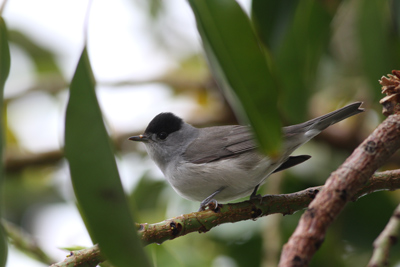 I heard a familiar call from one of the bushes and soon located a Sardinian Warbler. Getting its photo was a different matter though, as it remained obscured in the safety of its bush.

Paul and I made our way to Jew’s Gate where the Gibraltar Ornithological and Natural History Society www.gonhs.org/ have an observatory and a monitoring station. As we watched more Booted Eagles and Sparrowhawks flew over and a Lesser Kestrel fluttered by as did another Short-toed Eagle.

Later at the botanical gardens Chiffchaff, Blue Tit, House Sparrow, Blackbird, Robin, Greenfinch and Blackcap were added to the list.

We spent the evening in the almost-deserted town where we ate in an English pub as we failed to locate any restaurants open for business.

The wind had dropped and raptor migration had quite clearly ceased. It was rather overcast and so we played tourist and took the cable car to the top of The Rock. 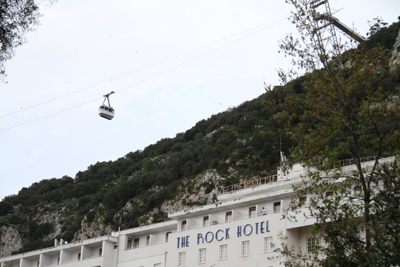 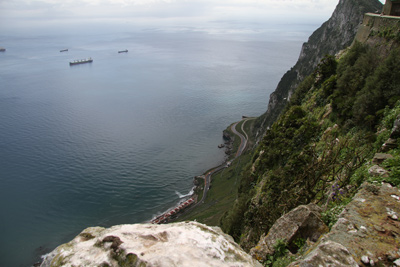 Once at the top of the rock Barbary Macaques soon found us as we crawled and jumped around the rocks. Yellow-legged Gulls were soaring and perching all around but we failed to see any other species of bird at the top of The Rock. We contemplated walking down but the weather was not very good and we opted for the cable car once again to take us back down. Out at sea a Great Skua was noted as well as a lone Northern Wheatear on one of the scrubby areas further round . 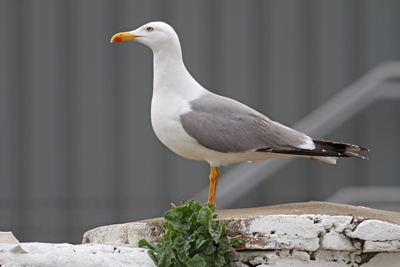 At the botanical gardens we did not add further species to our list and went into town to explore the camera shops!

In the evening at we enjoyed a meal in the marina over-looking the sea and watched the rather large fish swimming underneath us.

The weather had turned a bit colder and was spitting with rain so we decided to explore Little Bay where we hoped that we might find a few small migrants sheltering. We soon located Sardinian Warbler and Subalpine Warbler. A male Blue Rock Thrush sat posing as its mate carried food to a nest site. We could hear a Wren calling but it failed to appear. A Great Cormorant flew by before we drove round once again to Europa Point.

Here we watched the gulls on the sea and counted at least six Audouin’s Gulls. Lesser Black-backed Gull, Black-headed Gull and Yellow-legged Gull were also present.

In the rain a lone Common Swift flew in and a bit later we saw a lone Sand Martin. Both were struggling against the north-west wind. 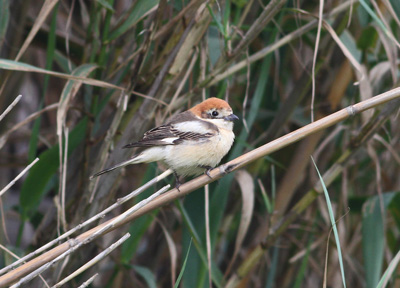 Around the houses in the rain we watched a Woodchat Shrike as it took refuge on some bamboo. I drove along the eastern coastal fringe and Paul discovered a Common Redstart lurking under a rock as we stopped off where we could to search for migrants. At the cemetery there was a small flock of Spotless Starlings as well as three more Woodchat Shrikes. 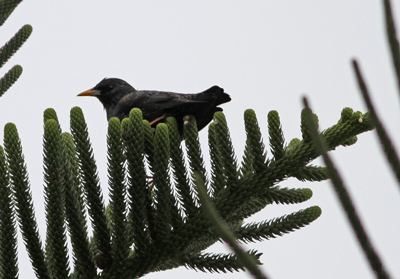 The weather had turned against us and the rain defeated us. We had a last look at the botanical gardens before deciding to return to the hotel to prepare for our evening meal back at the marina.

After travelling back across the border into to return our car, we had to walk back to . At the airport we added White Wagtail to our list before our flight back to a very cold .